Use Of Turmeric In Managing Psoriasis 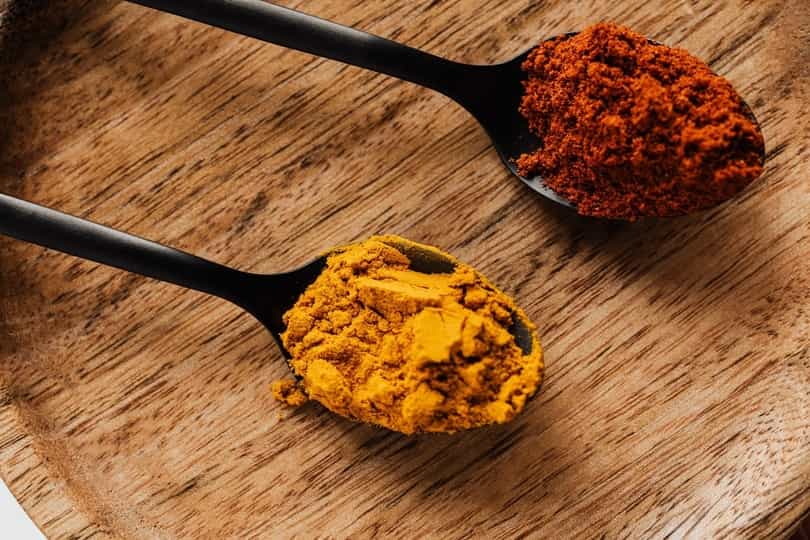 Turmeric is a spice that has been used for centuries in cooking. It also has health benefits that can be used for treating ailments, including psoriasis. Turmeric has been part of home remedies for psoriasis and other illnesses because it’s relatively affordable and easily available.

In this blog post, we’ll review the latest research on psoriasis and find out why patients are looking at turmeric as a home remedy for psoriasis. We’ll also discuss Medovie products as the best alternatives to relieve psoriasis symptoms.

How Does Turmeric Work For Psoriasis

Turmeric contains curcumin which is known to have anti-inflammatory properties. Curcumin impedes the production of cytokines that can cause skin inflammation, thus preventing psoriasis flare-ups. 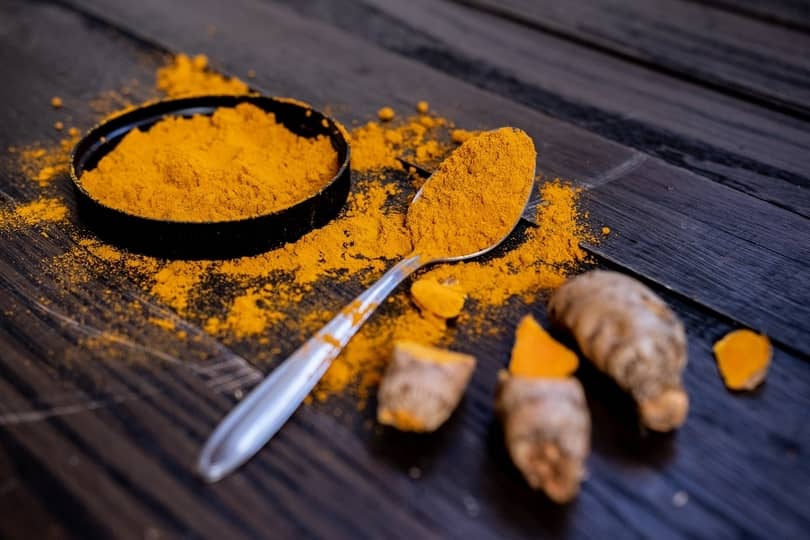 Curcumin also inhibits the production of phosphorylase kinase (PhK) which is a component found to be relatively high in psoriasis patients. The spice also has antimicrobial and anti-carcinogenic properties, as well as components that enhance skin-barrier functions.

With these many beneficial properties to human health, there’s no wonder why turmeric is considered one of the staple home remedies for psoriasis.

Scientific Evidence Behind the Use of Turmeric For Psoriasis

In 2015, researchers conducted a study on the effectiveness of turmeric in managing psoriasis plaques through topical application. The study consisted of 34 participants who underwent observation for 9 weeks. All of them showed progressive reduction in the thickness of their psoriatic lesions. 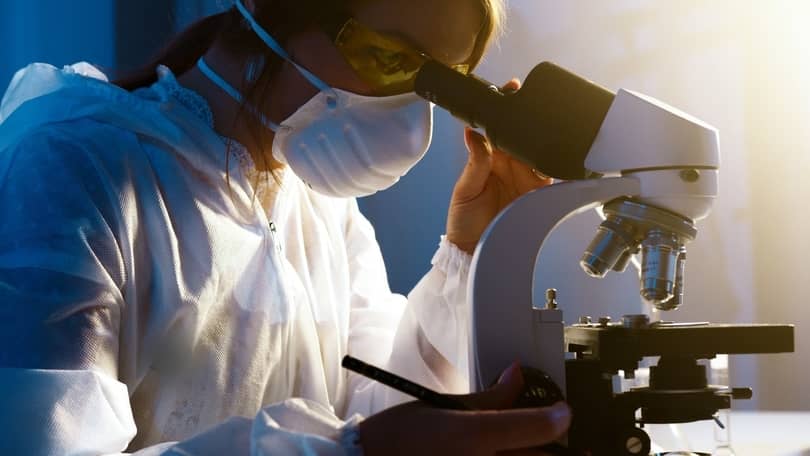 More scientific studies are needed to prove the use of turmeric for psoriasis treatment.

A more extensive study on psoriasis patients was made, but this time the experiment involved the application of curcumin gel to psoriatic lesions. More than 72% of the participants reported a significant reduction in the onset of psoriasis symptoms.

Scientific studies on curcumin oral supplements reported less positive results. According to the Journal of the American Academy of Dermatology, the effect of taking curcumin tablets daily for 12 weeks had no significant benefits on the psoriasis symptoms of the participants.

Another study on curcumin oral supplements yielded positive results. Patients with mild to moderate psoriasis who were given 3g of oral curcumin showed improvement in their Psoriasis Area and Severity Index (PASI) scores compared to those who didn’t receive curcumin supplements.

The effectiveness of curcumin and its therapeutic claims on psoriasis were also tested on mice. In the 2016 study, results showed improvements in psoriasis, and no obvious side effects were found in the kidneys of the test subjects. This suggests that curcumin is a potential natural remedy for psoriasis with minimal to no harmful effects when consumed.

How Should You Take Turmeric For Psoriasis Treatment

Here are the popular ways you can use turmeric as a home remedy for psoriasis symptoms.

Turmeric can be mixed with drinks as a home remedy for psoriasis. Mix 2 teaspoons of turmeric powder with water or milk, and drink it twice a day on an empty stomach for three weeks.

You can also boil a teaspoon of turmeric powder in 4 cups of water. Simmer it for 10 minutes and add some honey or lemon for a delicious and healthy tea.

Psoriasis and diet have long been associated with each other. Findings show that certain food can inhibit or worsen the manifestation of psoriasis.

You can find turmeric supplements in many health stores today. Drug stores have stocked up on curcumin supplements since many people consider turmeric as their home remedy for psoriasis.

Patients suffering from skin ailments, including psoriasis and acne, have turned to turmeric in the form of topical solutions. This may not only reduce inflammation but also help fight bacteria and infection while preserving healthy cells with antioxidants that are found naturally in turmeric.

Combine turmeric powder with water in a 1:2 ratio. Simmer until you create a smooth paste, and then let it cool for storage. This can be applied when psoriasis symptoms appear.

Side Effects Of Using Turmeric For Psoriasis 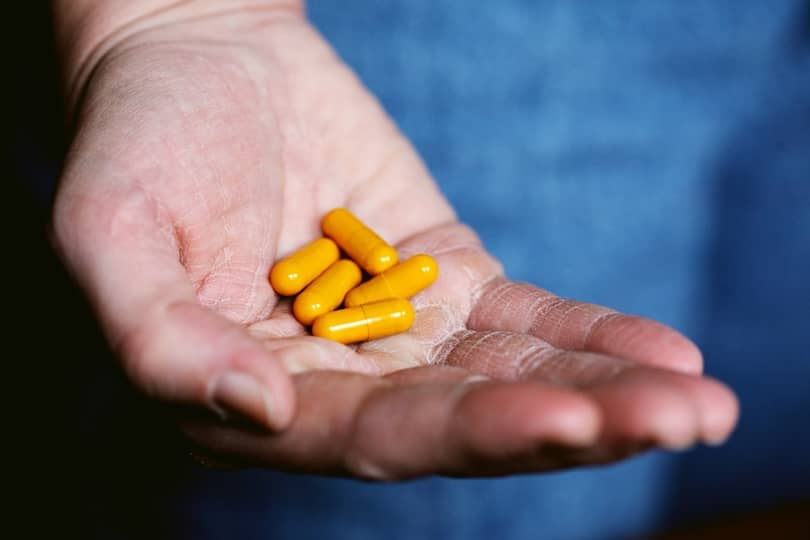 There are potential side effects to using turmeric for psoriasis management

While using turmeric for psoriasis is generally safe, you still have to consider possible risks and take necessary precautions. Ingesting high doses of turmeric can cause indigestion, nausea, or diarrhea. Worse, it may cause abnormal heart rhythm when consumed in very high amounts.

Turmeric can also act as a blood thinner when consumed in high doses. As such, avoid taking turmeric (in any form) when you are due for surgery, have gallbladder disease, have hemophilia, have underlying health conditions, or are pregnant.

Topical applications may also be irritating to the skin. Additionally, there’s not enough research yet on how much of the healing components of turmeric are absorbed through the skin.

The Bottom Line On Turmeric For Psoriasis 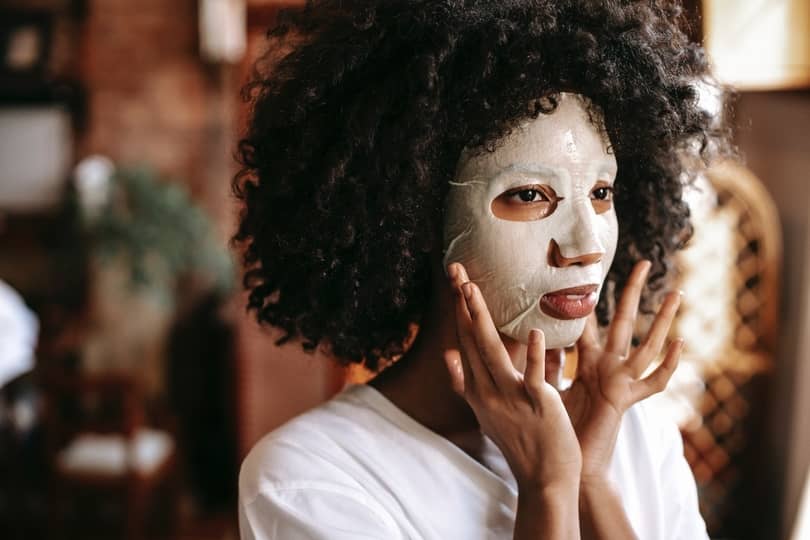 Turmeric works best when combined with other psoriasis treatments

Some studies show promising results in using turmeric for psoriasis, either alone or in combination with traditional treatments like topical corticosteroids or phototherapy. Despite some promising results, more research needs to be done on the safety and effectiveness of turmeric as a natural remedy for psoriasis.

Take note also that most of the research conducted regarding the spice is focused on curcumin – the active component found in turmeric – and not on the food spice turmeric itself. Consuming turmeric may have potential health benefits and is unlikely to cause harm, but its direct effect as a natural remedy for psoriasis needs further studies.

Other Popular Home Remedies For Psoriasis

Aside from using turmeric, there are other herbal and natural remedies people use to deal with skin problems.

Because of the antiseptic qualities of apple cider vinegar, it’s often used to soothe itching and irritation caused by scalp psoriasis. It can be applied directly to the scalp several times a week for the best effect.

Psoriasis has been found to occur less in people whose diet includes omega-3 fatty acids. However, consuming fish oil supplements has no significant benefits in relieving psoriatic arthritis or other forms of skin problems. Still, many believe fish oil to be an effective psoriasis treatment based on their experience. 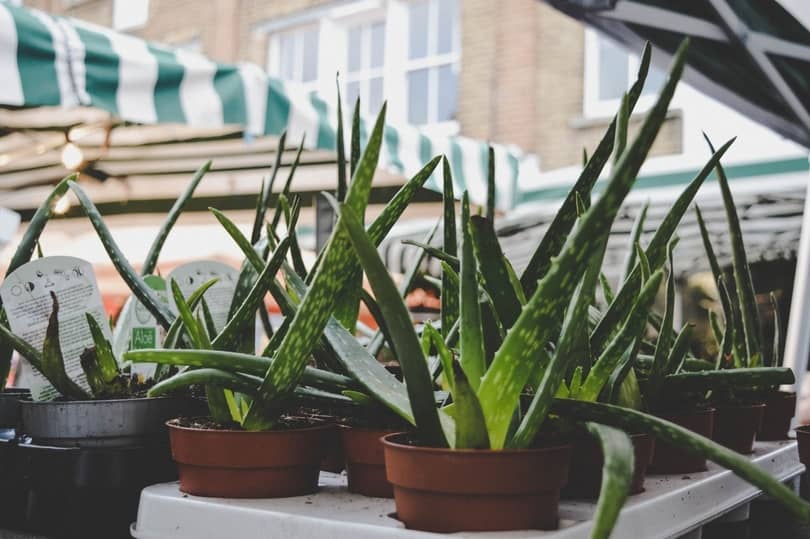 Studies show that the gel-filled leaves of the aloe vera plant contain anti-inflammatory components that can help modulate the immune system. Applying aloe cream directly on the affected area can bring a soothing, cooling sensation and prevent dry skin.

People who soaked in the Dead Sea said it helped them achieve smoother skin, prevent dryness, and manage skin inflammation. The active ingredients found in the Dead Sea salt, namely bromine, magnesium, sodium, potassium, iodine, sulfur, and calcium, are found to be the reason behind the health benefits of the salt bath.

Since it’s not always possible to take a dip in the Dead Sea itself, people seek Dead Sea salt baths and Epsom salts as alternatives.

Black pepper contains the alkaloid component called piperine which is widely used in Chinese and Indian traditional medicines. Piperine is known as a bio-enhancer. Bio-enhancers boost the efficacy of therapeutic drugs.

Experiments on black pepper and piperine and their capability to treat skin pigmentation disorders are ongoing. Experts believe that the antioxidant and anti-aging properties of the substance can compound the positive effects of curcumin in the body.

Psoriasis is an autoimmune disease that causes red, itchy skin. Depending on its severity, it can cause mild irritation to extreme discomfort, thus the need for an immediate solution to reduce the symptoms.

While many attest to the effectiveness of turmeric as an effective psoriasis treatment, several clinical trials are needed to confirm the centuries-old spice’s therapeutic benefits on skin problems. Some people say that it works for them, while others experienced no profound effects on their current condition.

Additionally, many food supplement manufacturers flood the market with low-quality products, so beware of what you’re buying. We recommend that you use high-quality products like Medovie skin solutions which have been clinically tested to be safe and effective in managing skin conditions.

Instead of relying on turmeric for dealing with skin problems and expecting varying results, you can switch to Medovie products and experience lasting comfort against the appearance of psoriasis. 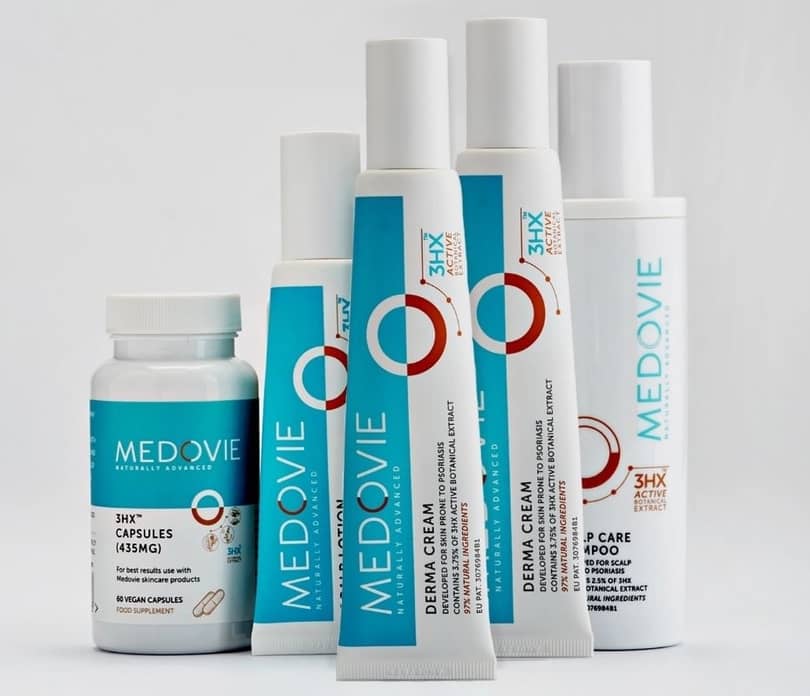 Medovie doesn’t use turmeric in any of our products. Instead, we use powerful botanicals found in Traditional Chinese Medicine that we have tested to be highly effective as a natural remedy for psoriasis symptoms.

In preclinical studies, we compared the efficacy of both cucrumin and our very own 3HX™ Formula in soothing irritation caused by psoriasis. Results show that the 3HX™ Formula is better and more effective in providing lasting comfort compared to curcumin-based solutions.

Our range of creams, shampoos, and lotions has been clinically tested to be effective in managing the appearance of psoriasis. They’re based on the groundbreaking 3HX™ Formula which benefits the skin both inside and out for a long-lasting natural solution to improve the appearance of psoriasis and other skin problems. Additionally, we have 3HX™ capsules that can further improve your skin condition and provide a calming and nourishing feeling, especially during times of intense irritation.

Medovie products are designed to be safe and gentle on sensitive skin. They can also be used for scalp psoriasis and other common skin problems. All Medovie products are also steroid-free, so there’s a very low chance of having adverse reactions when applied to the skin.

If you need a reliable home remedy to improve your skin and the appearance of psoriasis and eczema, trust only Medovie products.