The Journey of Sara With Medovie 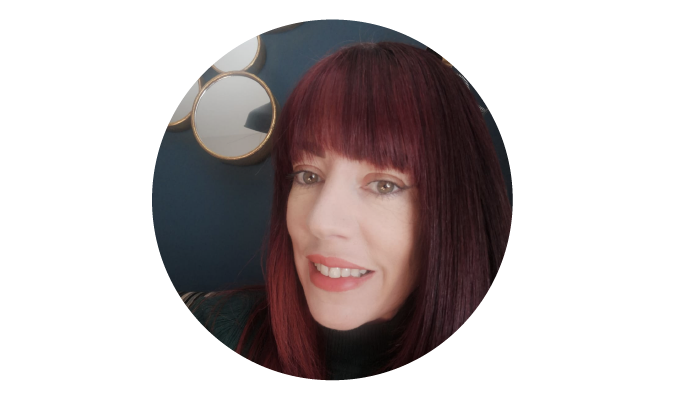 “I wouldn’t go back to using anything else. I’m going to stick with Medovie.”

Five years ago, Sara was in the middle of two major life changes. She was trying to sell her hair salon and manage a move abroad at the same time. She didn’t see it coming, but the stress finally took its toll. Only not in a way Sara expected. Her scalp and the skin around her hairline were changing.

First, Sara’s scalp got red. Then it started cracking and flaking. When it was irritated, Sara’s skin became painful to touch, and itchy. What she thought was a temporary issue triggered by stress gradually became the focus of her life.

And it stayed that way for a few years.

When a personal problem becomes a professional liability

Chronic scalp conditions are horrible. But they’re even worse to live with if you’re a professional hairstylist like Sara. It’s not just the relentless pain and itching, or the psychological stress of being helpless against a disease you haven’t been officially diagnosed as having.

I don’t have dandruff, thank you!

Like many of us suffering from psoriasis-prone scalps, Sara turned to OTC skincare products and prescription creams recommended by doctors. Many of the creams used steroids, which had no lasting results other than thinning Sara’s skin.

Sara also tried special anti-dandruff shampoos, which claimed to treat a whole battery of scalp conditions. The problem was: instead of calming Sara’s scalp, they just irritated it more.

Do we take special pride in being recommended by a professional hairstylist?

But it’s not just because Sara told us her skin feels amazing now. Or that the redness behind her ears and on her neck is all cleared up. Or that her scalp is hardly flaking.

It’s not even that it only took about a week and a half to see these life-changing results. Or that Sara’s wearing black again, a sign that her confidence is back and that she feels like the hairstyling superstar she was before her problem started.

It’s this: We’re positively thrilled that Sara, who’s sampled hundreds of haircare products in her career, loved using our shampoo and scalp lotion. Unlike other haircare products for psoriasis-prone skin on the market, Sara said ours spread well and combed through easily. She also said it smelled really great.

While we’re all for lasting results to serious skin problems at Medovie—it’s our mission, after all—we also have a special place in our hearts for users who really appreciate just using our skincare products. 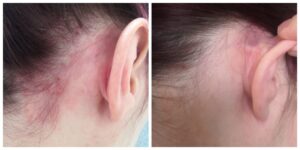 Ready to start your journey?

Sara’s story is just one of hundreds around the world about real people who have seen similar, life-changing results using 3HX on the faces, bodies and scalps: drastically clearer skin and huge psychological boosts.

Start your journey to healthier skin.