The Journey of Leslie With Medovie 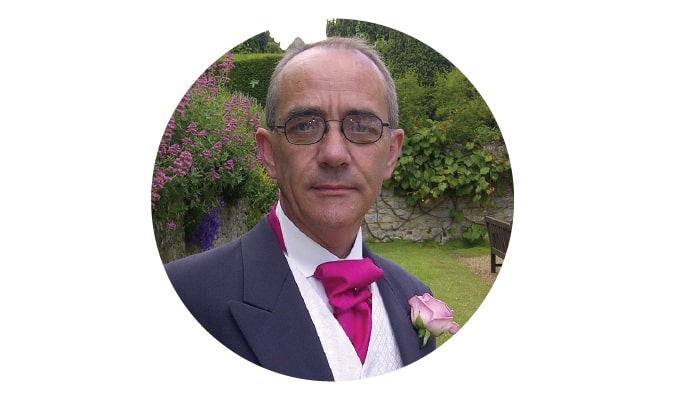 “If you’ve tried everything and nothing’s worked, you need to try Medovie. It’s the only thing that works.”

Thinning hair and a naturally oily scalp is a tough combination to deal with under the best of circumstances. Even if you use shampoo every day, your hair can still look greasy.

If you have psoriasis-prone skin, you could end up with what Leslie had: red, swollen, flaking patches that itched like crazy and looked suspiciously like a full-blown medical condition.

The problem was, no one could say just what Leslie had. An oily scalp? Dandruff? Eczema? Sensitive skin?

All Leslie knew for sure was that the shampoos the doctors kept prescribing didn’t work at all.

Living with a problematic scalp

Fast forward 30 years. Leslie’s scalp had gotten worse. The red, sore patches had spread to his eyebrows and mouth.

Couple that with male pattern baldness, which put the trouble spots on the top of his head on full display, and you’d have an inkling of the pain Leslie was dealing with. Just leaving the house had become a chore that required a baseball cap and plenty of mirror checks.

Leslie was embarrassed of his skin.

The journey to healthier skin

When you talk to enough people who have tried the 3HX™ formula for even a month, you start to notice a common element in all their stories. Not even they can believe the results.

So when we sat down to talk to Leslie and the first thing he did was blink and say, “It was quite amazing,” we knew exactly what he was about to tell us.

But the “amazing” absence of flaking, soreness and redness on his scalp and face was obviously real. We could see it. What did surprise us was that, for Leslie, this unbelievable improvement had happened in about three days.

Besides a little residual redness, the 3HX™ formula had totally calmed the intensely irritated scalp Leslie had been living with for decades, on the surface and underneath.

That’s because 3HX™ had done more than just comfort Leslie’s inflamed scalp. It had worked internally, too, tackling the root of Leslie’s problem at the source: the skin cells that were working overtime and producing the excess oil that would crust over and block his pores.

And that’s not all that changed in Leslie’s life after he started using 3HX™.

That baseball cap he used to wear to hide his scalp? He’s not wearing it anymore.

Ready to start your journey?

Leslie’s story is just one of hundreds around the world from real people who have seen similar, life-changing results using 3HX on the faces, bodies and scalps: drastically clearer skin and higher self-esteem in weeks.

Start your journey to healthier skin.