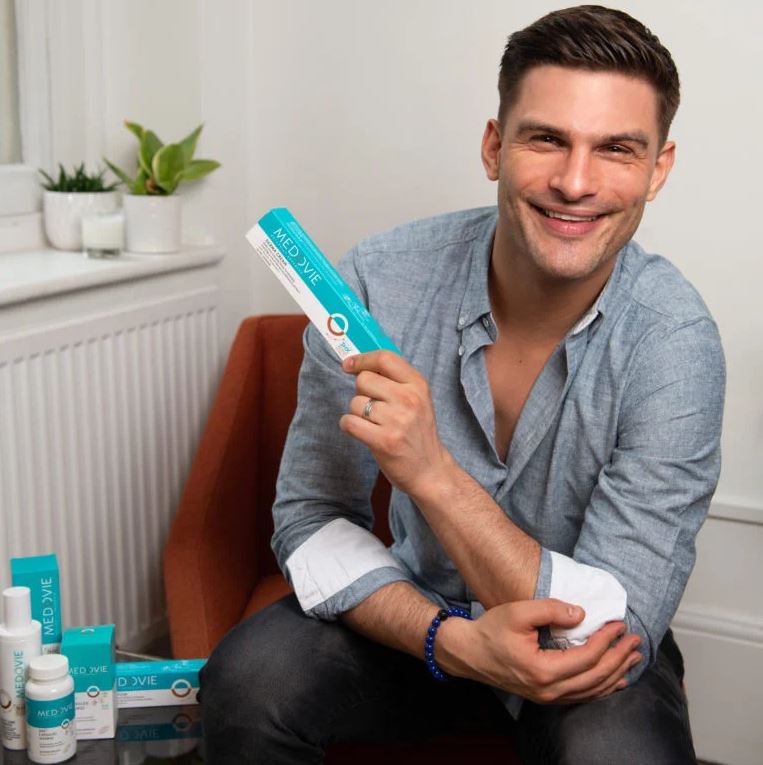 It is hard to imagine how the dashing Strictly Come Dancing winner, Aljaž Škorjanec who seemed to have no problem charming his way into viewers’ hearts with his killer dance moves could have any problem with confidence. Unbeknownst to everyone, Aljaz has long been battling a terrible disease behind the scenes.

Aljaž was born and raised in the northeastern town of Slovenia called Ptuj. He seems to be quite the natural-born dancer as he started showing interest and potential at the young age of five, and he has been so fascinated with the craft of dancing that he was determined to learn through having dance lessons even without his parents knowing. Since then, he has been competing in various events and has successfully bagged many championship awards in ballroom dancing. His passion and determination certainly paid off as he now holds a 19-time championship title in Latin and Tendance.

In 2013, Aljaž debuted on the BBC television dance contest, Strictly Come Dancing, and eventually won the title by the end of the series with celebrity and model partner, Abbey Clancy. That began his regular stint in the show for the next consecutive series, up until this date. 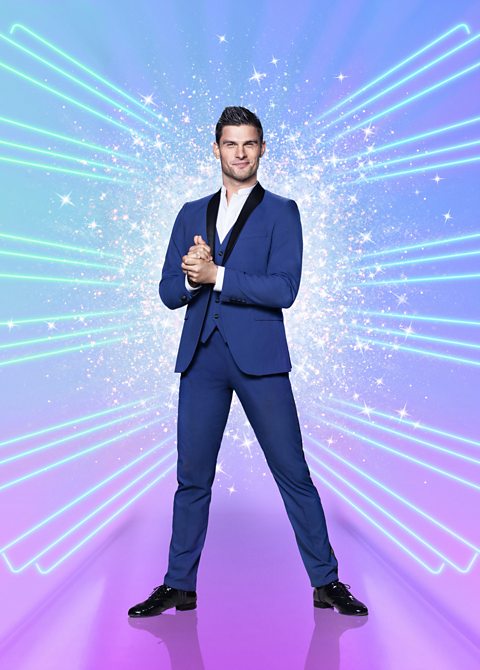 In 2013, Aljaž debuted and won in the dance contest Strictly Come Dancing

All those years in the limelight and under constant public view make it quite inconceivable to many that Aljaž has been hiding something all along. For years, Aljaž has been battling with the debilitating skin condition, psoriasis, which makes his skin flare-up with angry red patches all over his face and body.

Psoriasis is a long-term, chronic skin disease that has no known cure. It causes red and scaly patches that commonly appear on the elbows, knees, and scalp. Others have it on their faces and all over the body.

A 2019 research from The University of Manchester and the University Medical Center Hamburg-Eppendorf concluded that an estimated 1.7% of the UK’s population is affected by psoriasis. Worldwide, about 1.8 million people are battling with this chronic skin condition, both diagnosed and not, with the United Kingdom ranking 21st among countries with the highest number of cases with psoriasis.

He was 18 years old when Aljaž noticed the symptoms of psoriasis. It first started appearing as scaly, red patches on his elbows. It was also around this time when he moved to Australia, and he suspected it was one of the triggers that started his condition. The move caused more stress than usual with having to adjust to a new environment, on top of performing on shows almost every single night. Moving out also meant no more home-cooked meals and this drastic change in diet and most of the time, unhealthy eating habits, made his psoriasis worse.

The combination of tremendous stress, food triggers, and lack of ample rest generally flared up his psoriasis at the time when he was building up to the peak of his professional dancing career.

Undeterred, Aljaž worked even harder. He wanted so badly to take the attention away from his skin, so he would always give his best when dancing. In spite of that, there were still times that he had to work around and be resourceful with his costumes just to hide his patches. Sleeveless outfits are out of the equation for hiding his scaly elbows. At times, he had no choice but to wear turtleneck tops instead of the sexier, open chest garb.

When he started working on TV, it got harder to hide things from the camera, so he turned to make-up to conceal the red patches on his face that would be obvious with close-up shots. This, however, worsened the inflamed, dry patches on his face making him more frustrated than ever.

Aljaž has tried more than 50 different products from around the world to try and treat his psoriasis. He has undergone countless consultations and tests. Some tests and products would work for a time but then would get worse. “Eventually, I stopped trying after years of being let down,” he said, almost giving up.

During these difficult years, he coped by being surrounded by people who were very supportive of his predicament, from his wife and family to his show production and costume team who understood his need to cover up without him asking.

Psoriasis has been a part of Aljaž’s life for a very long time that he has learned to live with it but only opened up about it in public very recently. The global coronavirus pandemic brought about so much stress for him that it worsened his condition even more, but it was also the time that he truly realized and accepted his condition as it is. “I’m over being upset about it,” he says resolvedly.

His resolve and acceptance paved the way for Aljaž to discover the remedy that he has been searching for for so long: Medovie.

Aljaž swears by his life-changing experience with Medovie

When Nadav Shraibom, co-founder of natural skincare brand Medovie, heard about the skin predicament of Aljaž, things were set in motion, and Aljaž never looked back since! He has been using Medovie products for six months now, and he is intent on sharing the knowledge to help others who are suffering like him.

Medovie is not just any other skincare brand – it is a restless company dedicated to its mission of helping people who are suffering from chronic skin conditions. It is built on years and years of extensive clinical studies that led to the ground-breaking development of the 3HX™ formula that is 96% natural and proven to have positive and recognizable results for chronic skin conditions.

Aljaž further emphasized that talking about it and educating people is crucial, especially now that he has found his comfort in Medovie and is more intent than ever to help others with the same condition. He only has this to say when asked how he manages during his worst psoriasis flare-ups: “Stress less. Focus on your well-being and be kind to yourself. And of course, Medovie.”

In Medovie, we aim to help customers through every step of their skin healing journey with us.